The Garden of Finzi Contini & The Praetorians

It was hard if not impossible for Churchill to conceive of political realities outside the commanding heights of imperialism.  Its writ had no hold on Ireland nor India.  It fell to Truman after Roosevelt to politely admonish him to conceive of policy or military strategic aims in any British framework.  When Eisenhower threatened to kill the pound Sterling during Suez, the British knew the trajectory of Empire was really over.  England has never really recovered from this reality.  It has never supplanted any regime to replace what imperial writ gathered unto Whitehall.

The immediate future for England is dark.  Here’s why.  Having an unwritten Constitutional order will tether England’s identity to the dominant factions of Islamism.

Our own founders implicitly knew the dangers of not having numerated rights.  England’s Brexit is the run up to an all encompassing conflict fraught with national suicide.

When Thatcher summoned that British socialism was a perennial threat to any sound comity, she registered a policy, a social insight that enemies at home were always stronger than the near or far abroad.  The IRA in Belfast new it, so did Gorbachev. And still she won. This calculus is nearly impossible for British leadership to duplicate.  Unless. . . unless London heed to the moral compass laid out by John Paul II.  Without a return to policy that would affirm the moral foundations of liberty, the unenumerated English Constitutionalism will not be distinguished from Islamic ethics.  Having no recourse outside either positivism or flaccid pluralism, British relativism has no resolving center to envelop and defeat Dawa.

Only a Tocqueville or Solzhenitsyn can help now.

Nation states that hew their governing institutions to a Judaeo-Christian heritage have an advantage.  They have the moral framework to acknowledge both individual identity as the source underwriting civil society.  This isn’t a reality Islamic Civilization acknowledges, and it remains a permanent fault line for Islamic polities.

For contemporary nation states in thrall to both domestic and transnational threats, the question looms large; what secures governing institutions from confronting emerging threats?  The answer is growth as stasis.  Growth prevents dominant majorities from having to do the difficult work required to coalesce leadership.  Statesman know this, its what defines them as perennial.  Expansion serves the requisite opacity securing a fatal dissonance.

This is glaringly evidenced with the Islamic State, but there remain more prominent examples of this reality.  Once could just as easily choose Egypt, Saudi Arabia or the United Arab Emirates.  In fact, the UAE is the prime example of a nation state openly thwarting growth through expansion.

The ancient Swahili port of Berbera, just south of Djibouti (pronounced Jah-Booty) in Somaliland resides as the center of east African trade into Arabia.  It currently houses both Chinese and American listening posts.  Now the United Arab Emirates, an arriviste of sorts has emerged to underwrite Emirate geopolitical ambitions, much to the consternation of Saudi elites.

Possessing a homogenized social base and profound oil wealth, UAE officials are expanding after having failed to secure the Islamic State in Mesopotamia.  ISIS was originally financed by Dubia and Qatari autocrats.  Embarrassed at having to acknowledge identical foreign policy craft as Riyadh, it now seeks to finance and open nationalized ports throughout the southern tip of Saudi Arabia, linking the Swahili East African cost to ports moving east along the Indian littoral of Yemen, Oman & Iran.  The southern rim of Arabia is now linking old port cities of Limassol and Benghazi eastward toward the trans-Sahel.  Rapid port expansion in Chabahar in Iran, Duqm in Oman and King Abdullah Economic City in Arabia all pose stark social, governing challenges for each regime.  Delivering economic growth isn’t going to happen without profound transformation of each ports political economy.

The expansion of UAE throughout the Arabian littoral demonstrates a profoundly interventionist regime unstable and unanchored to any coherent policy of a Westphalian nation state.  Being the world’s largest importer per capita of arms, Emirati’s are becoming proxies for Riyadh’s bid to outmaneuver Tehran.

We must wait to see if the old Sultanate of Oman and Zanzibar can compete with Quods.

The Garden of Finzi Contini is a story about a wealthy Jewish merchant family residing in Italy before the Great War.  The plot resolves around the profound dissonance imparted on the Contini family as an idyllic facade crashes down on the imperial writ.  If Downton Abby had any antecedent, its the Garden of the Finzi Contini’s.

The impending doom of the Praetorian class is upon us.  What will Islamabad, Riyadh, Dubai, Aden do? 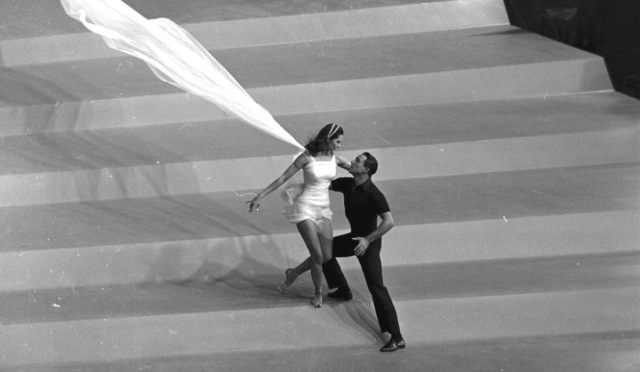