The Feat of Balshazzar: U.S. Policy Falters In Balancing

Anyone with even a mediocre classical education knows what “mene, mene, tekel upharsin” refers to; a doomed Empire.  What does this have to do with the Pax Americana?  If one looks to the Maghreb, the Arabian peninsula, Mesopotamia, southwest Asia, Iran, the Levant, North Africa, and all of western Europe, you gain an insight that most never acknowledge.  A patient strategy of regional, near global growth is happening within Islam.  It cannot be stopped.  We must harness our best efforts if we’re ever to gain traction from the inside.  Its really our only shot.  What is needed is deft Statecraft, an executive committed to linking the interior growth of political economies in regions throughout the world than are nominally linked to the west.  This means opening Islamabad to break its long held idea of remaining a client state to Beijing favoring indigenous reform, one that would disrupt to unleash a moribund civil society that isn’t fortified in Saudi Arabia but is in Indonesia or East Africa.

We need an American ‘string of pearls strategy‘.  We need to build for the long game.  Our endemic problem is domestic, for the governing opposition has no currency in this Republican regime. To fix that, we need growth; without it, we cannot suture along Marxists who seek to champion their own agenda irregardless of growth.

What team Trump needs to do is wind down our conflicts in Afghanistan, position Iraq favorably to western entreaties while fortifying our policies against Iran.  A balancing move that requires all we’ve got aboard Defense & Pentagon.  This can’t be done alone, we need Riyadh, London, Poland, Australia, Japan and hosts of others in support.

Why is this THE strategy?

The American’s alone don’t have the time, given how we’ve floundered for eight years.  Our threat deterrents are hollow because we’ve squandered much.  As every prior American executive knows, coalition management is fraught with domestic imperatives that often don’t work in tandem with foreign policies.  Our diplomacy isn’t strong because its completely divorced from the commands of realism, our foreign aid resembles handouts, divorced from the needs of true reform, we struggle to turn weak nation states western.  Still, we must do more. . .

This is THE strategy because we’re witnessing millions and millions of children in Yemen and Syria become indoctrinated.  We can’t surmise numbers but they are exceedingly large. Why do seemingly well grounded professionals throughout Defense speak of not inveighing against Islam?  Its simple, they’re growing and they aren’t with us.

It is possible that the Americans falter throughout our multiple engagements.  Its possible that we’re witnessing a rerun of the 1930’s.  Expect proliferation.  Expect Riyadh and hosts of others inimical to our norms to seek nuclear parity.

The opening gamut of ‘the long war’ has begun.  We can’t really influence the changing nature of the character of this war.  Yet still, the indispensable nation must engage.

My monies on the hard working stiff, the forgotten Muslim man.

Pray we still possess enough credibility to harness the children of Ismael. 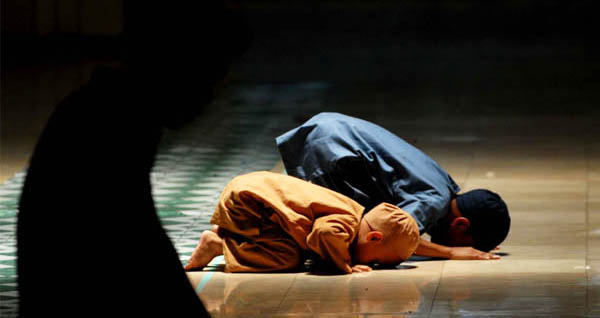 Systematic Theologian/International Relations
View all posts by William Holland →
This entry was posted in The Long War, Uncategorized and tagged Balshazzar, Islam, Sons of Ishmael, The Long War. Bookmark the permalink.