What Trump Gets Right About Trade

Professionals don’t get paid to think.  They get paid to earn a living.  This means that the vast majority of the chatter-class in think tanks, Universities and the media commintariat earn their wares diachronically.  That means they specialize in presenting and defending fallacies of historicism.  This was dramatically evidenced in how team Trump had characterized free trade as a practice.  The truth is, he was talking about its impact and how trade is implemented as a formal instrument of state policy.  For Trump, both reveal a startling omission of credibility, for how else is one to explain the impact of capital flows between say China & the U.S.

No one captured this better than Dr. Irwin M. Stelzer.  Dr. Stelzer is a contributing editor to the Weekly Standard as well as a columnist for the Sunday Times in London.  His recent article titled “Retaliation Nation” exemplifies how Trump got it right.

For the American’s, free trade is a textbook abstraction for the allocation of resources and the efficient specialization of labor.  For everybody else, its mercantilism masquarading as national defense.  How else does South Korea defend the chaebol.

These realities don’t exist for the Americans.  We’re left inept with policies that are chiefly driven by the impact of both globalization and confiscatory taxation.  Want to credibly threaten China?  Do tax reform.  Want to fix Bretton Woods?  Have Treasury openly pursue an industrial policy of appreciation.  Reagan had both appreciation, growth and soaring unemployment.

As Dr. Stelzer wrote “ask a German manufacturer how well he’d do if the euro, a seriously undervalued currency for Germany, kept low by inefficient southern European industries, were replaced by the deutsche mark.  Ask a European farmer how well he’d do if the protection provided by EU rules were removed.  Ask a Japanese auto manufacturer how he’d fare in his own home market if non-tariff barriers to the importation of American made goods were removed. . . ”

Stelzer knows that the United States’ main enemy is China, a centrally managed political economy with goals other than the efficient allocation of capital.  Beijing openly seeks self preservation of Marxism.  This means the elimination of any democratic institution that would recognize the supremacy of civil society.

How does China accomplish its goals.

It openly seeks to capture and retain entire industries that wish to produce and evade taxation.  That means our multinationals are captured by the Han masters and they’ll continue to subsidize every single industry that currently resides in China for the maintenance of Sinic Imperium.  It means zombie companies, theft of intellectual property, manufactured balance sheets and a complicit central bank.  And that’s what they’ve already accomplished.  Their immediate future regards permanent servicing of emerging industries by state owned banks & financial institutions.  The envelopment of new and emerging foreign acquisitions.  As Premier Li Keqiang revealed in March “we will accelerate R&D on, and commercialization of new materials, artificial intelligence, integrated circuits, new energy, bio-pharmacy, and 5G mobile communications. . . all to field new industrial clusters that will service China’s self interests.”

We can’t roll back these gains unless we’re ready to do one thing:  A Convention of the States.

If we’re to unleash the American Imperium in the service of free peoples, we’ll need to do monetary reform, tax reform, entitlement reform, federalism and hosts of other painful initiatives.  None of these can be accomplished from inside Washington.

To threaten China credibly, we must return to the vision of the Founding.  Without it, we’re toast. 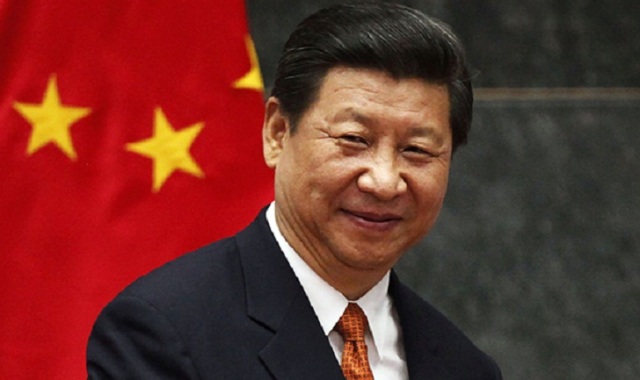 1 Response to What Trump Gets Right About Trade