Today the Trump administration revealed a distinct policy regarding U.S. aid to Pakistan that remained unfulfilled for the fiscal year ending 2016.  This admonishment will definitely anger the ruling Punjabi’s of “the Citadel” who’ve arrogated to themselves a praetorian rule usurping Mohammed Jinnah’s idea of Pakistan.  Secretary of Defense Mattis revealed that the U.S. commitment to Pakistan is limited and under review.

For realists, this bodes well given the institutionalized duplicity that characterizes Pakistani posture as an ally in southwest Asia.  Given that Islamabad has always sought to prostrate itself as a client state reveals a bewildering hope that Pakistan would one day demonstrate a sound strategic hold of a national identity; instead, Islamabad has sought to pursue relations with Beijing for identical reasons that it openly courted Washington.  The ruling Punjabi class does not want to openly pursue functioning capital  markets or industrial bases, it simply wants to exploit a geostrategic advantage by openly availing itself to superior nations, in the hope of getting paid.  Foreign aid remains Pakistan’s second achilles heel, the first is nuclear proliferation.  Team Trump has decided that its time to get tough on Pakistan.

This will probably damage U.S. – Pakistan relations for some time.  Islamabad has not availed itself to capture terror proxies that serve its interests, and it openly uses the diffused Haqqani network in the destabilization of Kabul.  Both are now up for grabs.

August will be the 70th anniversary of the creation of Pakistan, and this policy reversal prompts a long detailed look at the profound civil-military dysfunction that animates this praetorian regime.  Team Trump has stumbled upon a fault line that needs to be remedied; we can only push Pakistani leadership so far before its encirclement is complete, just ask Tehran or Beijing.  Islamabad isn’t capable of fielding sound policy initiatives favoring U.S. policy, nor is it willing to openly accommodate Beijing’s petrol interests evidenced in the continued kidnappings throughout the Gwadar project linking the eastern Arabian Sea oil depositories to western China.

The news cycle throughout the west continuously derides failed U.S. policy, can these mandarins fortify Islamabad’s suicide?  Pakistani leadership at “the Citadel” believes that time is on its side.  It isn’t.  Tehran is openly recruiting Shia throughout Pakistan’s abandoned badlands and al-Qaeda grows pushing northeast.  Does Pakistan really believe it has an economy that can weather further diplomatic isolation? 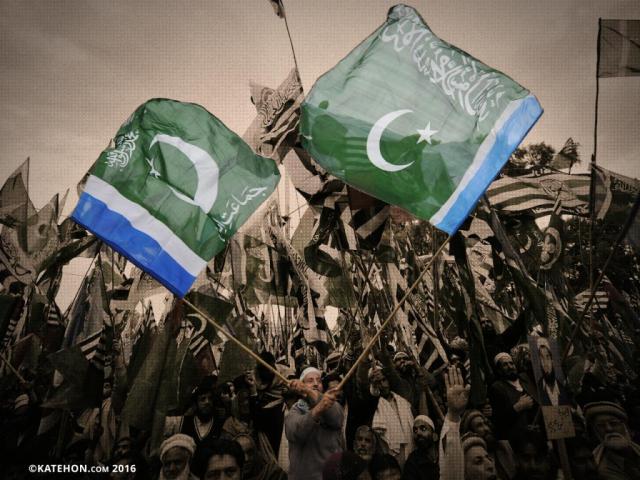 Systematic Theologian/International Relations
View all posts by William Holland →
This entry was posted in Pakistan, Uncategorized and tagged Pakistan. Bookmark the permalink.