It shouldn’t surprise anyone familiar with the nature and origins of political regimes to acknowledge Latin America’s susceptibility to the corrosive social, political effects of republicanism.  Ideas matter, but functioning institutions matter more.  The Caribbean, Central and South American regimes never solidified into a governing mass to escape the pathologies liberation movements procure and sustain.  Raul Castro’s abdication of the presidency scheduled for April 19 is long over due; even still, a reckoning is needed if Cuba is to ever succeed as a governed nation.

When the Castro brothers arrived from socialist Mexico to defeat Fulgencio Batista in 1959, the era of romantic revolutionary movements arrived, and with it a hoard of misery these entire continents tethered themselves to.  The arrival of Miguel Diaz-Canel cannot change this reality.  The sad fact is that the single most significant Cuban event that can coalesce it into nationhood is the Roman Catholic Church.

With John Paul II’s arrival in Cuba, he openly sought to reform moribund Church-State relations that have never truly sought independence from political subsidy.  Church-State relations throughout Latin America remain a dangerous fault line that no Pontiff other than JPII tried to reform.  If Cuba has a future, it rests in permitting the growth of a vibrant civil society, the sine qua none that threatens the tribal politics of the revolutionary left.

Only the Church can openly threaten Castro’s mystique of revolution.  Why is this so?

Before his death, John Paul II, like Solzhenitsyn, began the long arduous discovery of the power animating mercantile republican regimes.  JPII found Tocqueville, and like Solzhenitsyn found a way around to affirming the moral foundations of liberty that underwrote defunct Protestant Puritans.

Having discerned political, social sources for the renewal of the civil society under Communist life, both men turned to Tocqueville and found a fellow Catholic traveller.

Let’s hope a clown called Canel finds a Cuban Tocqueville, if only to save Cuba from the dangerous wiles of socialist life. 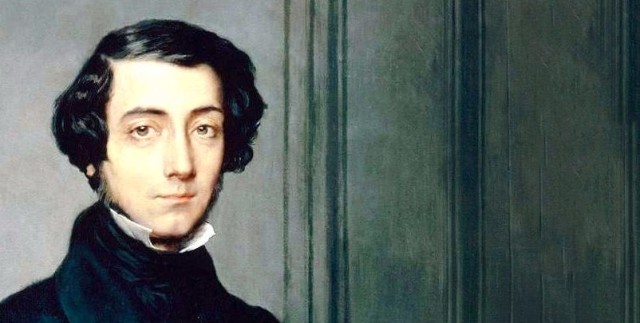