Its getting amusing to witness the bemoaning of U.S. Pakistani relations, especially regarding Beijing’s attempt to corral Islamabad out from its U.S. orbit with promises of money, roads and security.  The Punjabi’s that run the Citadel don’t really want to lose America’s credible stewardship, they know a few things about the realists in Beijing and Moscow.  Pakistan’s ruling elites face west and remain stalwart in their defense of interests that cannot easily be overcome.  Pakistan has lost every war it launched against India, this is why nuclear asymmetry is a cornerstone of their calculus.  But they do proliferate and their love-hate relation with frontier jihadi’s isn’t something a westerner can appreciate without grasping how Pakistan’s security establishment views itself.

Pakistan is a weak state without a strong national identity.  This is the crux of Islamabad’s problem.  The diaries, notebooks, letters and public correspondence of its founder, Mohammed Jinnah testify to the kind of Republic he envisioned.  That entire oeuvre was hijacked by history; the Bhutto’s, Zia’s and other Army Presidents that ruled Islamabad. This is the thicket of the Pakistani conundrum.  Pakistan isn’t a country, its an army with a country.  And this citadel is run by Punjabi’s.  Once you understand that, you’ll figure out the rest of the social, political components of this feudal state.

The ruling PML-N, the acronym for Pakistan Muslim League Nawaz, remains a political, social front that the Army permits to run parliament.  But the guts of Pakistan’s industry are conglomerates that are hosted or ran by former Army generals.  Pakistan doesn’t have a functioning independent civil society.  The army runs the country, industries and media.  It is these hybrid components that masks, shields Pakistan from ever becoming a governing Republic.  Defense industry people call this civil-military relations, and it dominates most of Islamic civilization.

Why is this significant?

The writ of Beijing and other authoritarians remains limited because Pakistan, Egypt and other hybrid Islamic nation states with opaque governing institutions cannot be openly bought.  Without a functioning civil society grounded in a market based economy, authoritarian foreign governments must spend enormous capital to sustain the very rent seeking that produces decline.  This is why the American’s should not be worried about Pakistan’s new friend called China.  The Chinese remain uber realists, and want access to the Arabian Sea.  They will give the ruling Punjabi’s of the PML-N guns and butter.  But without a middle class tethered to a market based economy, these investments wane after the photo-op and suck the very precious capital that cannot be sustained nor procured by weak states.

Pakistani domestic needs are driving its attachment to China’s CPEC (China-Pakistan Economic Corridor).  With debt laden investments abroad, China hopes to use the failed Keynesian multiplier to induce border states to tether themselves to Beijing.  It would be ironic if it took Chinese investments to fix the opacity that hinders Pakistan’s political development.  American security experts believe that CPEC will either paralyze recipient states or move them towards transparency.  Given the western mien of the ruling Punjabi’s, its a safe bet that CPEC will strengthen U.S. Pakistani relations.

Much of Pakistan’s domestic energy comes from coal.  But Chinese firms have invested over $38 billion in Islamabad’s power sector under joint development schemes that the PML-N cheerlead.  But domestic tariffs keep Pakistan’s energy sector uncompetitive.  Even with abundance of coal, hydropower and solar terminals, Pakistan cannot export its energy to any of its neighbors.  Pakistan’s own domestic politics of rent seeking keeps its domestic energy moribund. No amount of infrastructure building can relieve Islamabad, they either seek reform toward competitive arrangements that openly dump tariffs, taxes and surcharges or they stay paralyzed.  The energy blackouts that animate PML-N to seek Chinese subsidies in CPEC don’t address failed non-competitive domestic energy policies of distribution, inefficiency and theft.

Increased generation and infrastructure aren’t solutions, and neither is Beijing’s gambit on monetary velocity.

We should welcome the imminent collapse of China’s debt abroad and begin reading Mohammed Jinnah’s diaries on his vision of a functioning Islamic Republic. 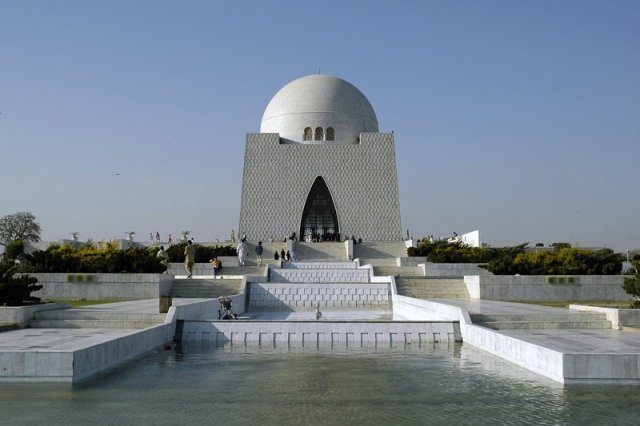